The lowdown on permitted development 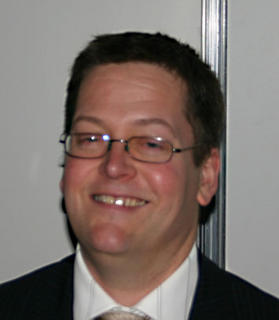 I spent the weekend delivering seminars at the HomeBuilding & Renovating London show. The first one each day was entitled “Making The Most of Your Living Space” and it found me gently lulling the audience about the joys of loft living and loft converting. UK’s Mr Basement, Alan Tovey, then encouraged everyone to become troglodytes. But undoubted star of this particular show was planning guru, Ken Dijksman (pictured here rather unflatteringly), who took the stage for no more than ten minutes and regaled everyone with a synopsis of the ins and outs of permitted development rights and how, in the right hands, their correct application would lead on to wealth and happiness but, screwed up, would destroy you utterly.

Talk about spellbound. The audience lapped it up. And Ken managed to leave them hanging on for more because on each of the three days, all the subsequent questions were about one thing: permitted development rights. As the questions got more complex, Ken’s answers became more Delphic and he resorted to that old planners’ standby answer, “I can’t possibly tell you the answer to that as every situation is different.” Well he has only just resigned from his planning post to become a full-time consultant: 17 years behind a local council desk is enough to make anyone evasive.

So just what was it that he was saying that got the audience so excited? Basically this. If you still have unused PD rights on your house, you can apply for an uncontroversial planning permission which would take you above your PD rights allowance and then, should you win, you can still use up your PD rights allowance on some other project you have in mind as long as you haven't built out the bit you have just won permission on. In other words, the PD rights only disappear when the new structure is built, not when planning permission to build it is won. Neat huh? Well only if you want to extend all over the place in ways that the planners will think dimly about. But for some people this can be a very handy tip.

Another was in the Sunday Times a couple of weeks ago. A couple weren’t allowed to extend their house by the planners: their PD rights had been used up on an ugly garage and the new extension they hoped to build was not appreciated by the powers-that-be. Then a knowledgeable friend suggested to them that if they demolished the unloved garage, their PD rights would be liberated once more and they could then use them to build the extension without the intervention of the planners.

Permitted Development Rights: a summary
PD rights come with most houses and they enable you to build a certain additional volume without planning permission. The cut-off point is 1st Jan 1948, when the Town & Country Planning Act came into effect. Anything built before that date is taken to be part of the existing house.

PD Rights enable you to extend up to 15% of the existing house in volume, or 70m3, whichever is the greater. For terraced houses, this is reduced to 10% or 50m3. In both cases, the maximum enlargement is 115m3. The volume is reduced to 10% or 50m3 within Conservation Areas. In Scotland, the figures seem to be 20% or 24m2. The extensions must be no higher than the existing house and if within 2m of a boundary, a pitched roof structure mustn’t be higher than 4m or a flat roof 3m.

It affects loft conversions as well. Loft dormers are allowed if the extension adds less than 50m3 to the volume of the house (40m3 in terraces); the roof extension must not face the highway, and the roof extension must not increase the height of the existing roof. If your planned loft does transgress on any of these points, it doesn’t mean that’s it’s prohibited, but you will have to apply for planning permission.

These rules go on and on in every decreasing circles. The application of them to real life situations is a jobsworth’s delight: the more complicated they get, the more exceptions you incorporate, the more planners you have to hire to work out what’s allowed and what’s not. I could go on for many more lines with even greater delights about the exceptions in the planning system but I would do far better to point you to the Office of the Deputy Prime Minister’s Planning portal which you can find at www.planningportal.gov.uk

Ken's email, should you want to know more, or even to hire the guy - he is now a fully fledged planning consultant - is dijksman@msn.com
Posted by Mark Brinkley