Further to my entry dated August 13, Becky from Wolseley has contacted me to say that they are going to have a Selfbuild Day there at the Sustainable Building Center in Leamington Spa on Saturday October 25th, 2008. The free event, which will run from 10am – 4pm, will enable self-builders to gain a great understanding of the latest sustainable products and technologies - from their system design and relevant applications, to efficiencies and payback. Wolseley’s self build account managers will be on hand alongside the SBC team and key suppliers to offer expert advice on the benefits of choosing an eco-friendly self-build project.

To register for the event or to book an appointment with one of the experts to discuss your project in greater detail on the day, contact a member of the SBC team on 01926 705403 or email sbc@wolseley.co.uk.
Posted by Mark Brinkley No comments: 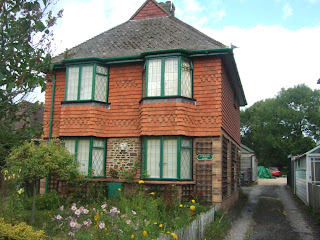 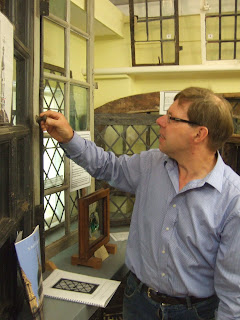 To my mind, it seems ironic that, with all the interest displayed in this country towards conservation projects and with huge organisations around like the National Trust and English Heritage, there isn’t more help for Charles Brooking. We spend inordinate amounts of money on maintaining historic properties, but we actually have very limited resources for teaching people the history of our buildings and how and why they came to be built. Pulling these threads together systematically is a huge task and here is someone who has completed a large tranche of this work off his own batt. For which service, the conservation bodies largely ignore him.
Posted by Mark Brinkley 1 comment: 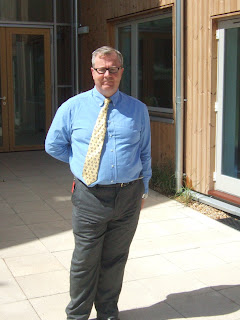 Tim Pollard is Wolseley’s Mr Sustainability. Here he is pictured yesterday outside his pride and joy, the £3m Sustainable Building Center, which opened in April this year at Wolseley’s UK HQ in Leamington Spa. He used to be head of marketing at Wolseley, owners of Plumb Center, Builder Center, Encon Insulation and Bathstore.com. But somewhere along the line, he got the green bug and saw a need to start promoting sustainability as a concept from within the Wolseley empire. Or, put another way, rather than just stocking what plumbers were asking for, offering them a choice of products they may not even have known existed, in the hope that they will one day (soon) cotton onto them.

Due in large part to Pollard’s campaigning from within, Wolseley have invested heavily in sustainable building materials and show no sign of back tracking from this, despite the rotten trading conditions which have forced them to lay off thousands of staff. The deal with the board seems to be this: Pollard has identified 7,000 product lines (out of a total of 500,000), which can classed as sustainable. The relative sales of these product lines will be the yardstick by which the success of the SBC will be judged. The early indications are that the sustainable product lines are increasing their market share month on month.

Just by adding Wolseley’s market presence, many otherwise marginal products become mainstream. Take wood pellets as a good example. Many people have shrunk away from installing expensive wood pellet boilers because of fears about continuity of supply. However, Wolseley have partnered with Jeld Wen to come up with a solution. Jeld Wen have lots of wood waste: Wolseley have the delivery capacity, so Jeld Wen have set up a wood pellet plant in Lowestoft and Wolseley now offer to deliver the output nationwide.

The Sustainable Building Centre is all about education. It’s not a trade counter and it’s not even open to the public as an exhibition hall — it’s appointment only. Yet they have already taken 270 bookings for visits by various groups so it’s working at virtually full capacity. Inside you will see displays of everything from renewable and low carbon technologies, SUDS, green roofs, natural paints and floorcovers, LED lighting and low-flow shower heads. In fact, just about anything you could think of with the notable exception of micro-wind turbines, a particular bete noir of Tim Pollard.

They plan to hold a number of selfbuild weekends and if you want to visit it might be an idea to check the website for more details, or make an enquiry at your local Wolseley Center.
Posted by Mark Brinkley 3 comments: 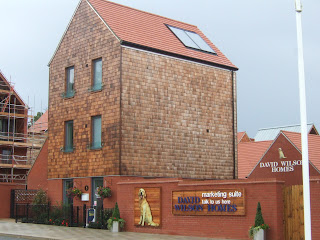 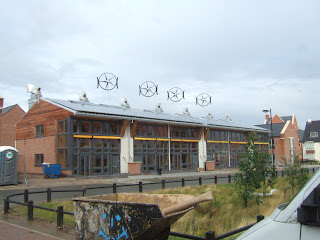