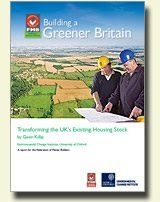 My one reservation about the proposals is that it makes out that eco-refurbishment is easy and that bringing about 60% or 80% carbon reductions from the existing stock is simple. Despite the best endeavours of Russell Smith of Parity Projects to show how it’s done, I remain to be convinced. In fact, I’ve been thinking about this a lot over the past month and it’s tending to make me a little depressed. There’s a low hanging fruit issue here: there are some actions that are simple and cost effective, and there are some homes where it makes sense to “do the works.” But to make really deep cuts in energy use across mainstream UK housing….that’s going to be a tough nut.
Posted by Mark Brinkley No comments: 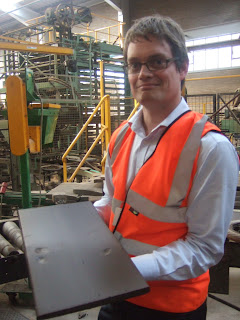 Generally, it’s not a great time to be a building materials producer. Costs are up, volumes down, payments late or frozen. But Sandtoft’s position is better than many, and the family’s decision to sell a majority stake in the business to Austria’s Wienerberger at the beginning of the year, partly in order to fund the expansion into clay roofing, must now look like a splendid deal indeed.
Posted by Mark Brinkley 4 comments: