After much delay, the Office of the Deputy Prime Minister has now published (on 13 Sep) the uprated regulations for energy efficiency (Part L) and ventilation (part F). Well, published draft versions, at any rate. If ever a cake was half-baked, this was it. That’s not to say that the proposals are batty: there is much good sense in them and they are obviously the result of a huge amount of work. It’s just that the energy efficiency measures don’t really seem to be all there yet.

New house designers, for instance, are referred to a website called www.modeldesigns.info where they can find details they can use in their fabric designs, in order to meet the new improved insulation standards. But click onto this site and what do you get? Just a page advertising low cost domain name registration and a note to say that this URL has been taken. At least the ODPM have registered the name! At least, we hope it's the ODPM. It could be Kate Moss looking for a new career. But whoever has it, it will presumably be some time before guidance is proffered. 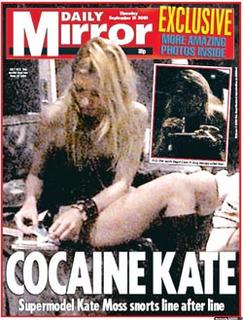 The big issue that was getting everyone excited was testing for air tightness. Most commentators were agreed that there really wasn’t much point just tightening U values endlessly because without much higher building standards, the extra insulation wasn’t doing anything. However, universal pressure testing is impractical as there simply aren’t enough blower doors, or qualified testers, to go around. What seems to have emerged is a compromise. Developers building estates will be subjected to certain random tests. Of particular interest to selfbuilders and small developers is the option to avoid the need for any pressure testing by using a value of 15 m3/(h.m2) for the air permeability at 50 Pascals when undertaking the heat loss calculations. This is 50% higher than the air permeability standard being asked for on pressure-tested houses, so in effect there is a trade-off. You want to avoid the pressure test? Then you have to pack in more insulation.

But how much more? On that, Part L remains evasive. And presumably will continue to do so until such time as www.modeldesigns.info bursts into life.

In time, I suspect that the next Part L will bed in just fine and I am in the camp that thinks pressure testing will prove extremely useful in raising building standards, though it’s sure to raise all sorts of hackles in the short term.

But lurking in the new draft version of Part F, the ventilation regs, is a new requirement that I suspect may end up upsetting a large number of new homeowners. It states:

To ensure good transfer of air throughout the dwelling, there should be an undercut of minimum area 7,600 mm2 in all internal doors above the floor finish (equivalent to an undercut of 10 mm for a standard 760 mm width door).

There is logic to this. How can you ventilate a house properly if you seal off individual rooms from one another? And to be perfectly honest a 10mm gap isn’t really very much: much less than this and your bedroom doors will start binding. But there is something about being told that you have to have a 10mm undercut which I feel sure is bound to get people’s goat. Can you see it? Officious building inspector going around checking the undercut on your doors? You really wonder why they have bothered to add this clause, unless it’s the thin end of the wedge and the next revision of Part F will ask for 25mm. Yikes.
Posted by Mark Brinkley