Whither the housing market? 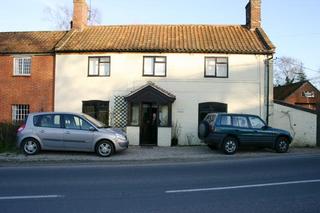 Anybody want to buy a house in Norfolk? From my own humble experience, it would seem the answer is NO. I have been trying to sell this fine-looking former pub complete with a detached studio, in the village of East Bilney, for 12 months now and despite several price cuts and masses of viewings, and no less than four “Sale Agreeds,” it remains unsold. In fact it starts life with a new agent, Belton Duffy, from the start of this coming week.

The most recent sale agreed has fallen through because our buyer has lost his buyer. Again. This particular buyer is now responsible for two of the four failed sales and he may yet make it across the finishing line to become the proud owner of Swanhaven. But he is moving from a smaller house which is (or should be) attractive to first-time buyers and, as everybody keeps telling us, first-time buyers are thin on the ground at the moment.

Ten days ago, our now ex-agent rang to say he was “very confident” that our buyer had landed a good first-time buyer and that our deal was back on again. He added that he just had to run through some credit checks on the first-time buyer, what he referred to as a “qualification procedure.” He was awaiting an accountant’s report and the accountant was away on holiday. So far, so Norfolk. This week, the accountant’s report turns up, the young man comes in for his qualification meeting, he passes with flying colours, the deal is on, the chain is live. Closing the deal is the very stuff that estate agents live for and I can’t help but get caught up with his enthusiasm, especially as this deal has taken so long and proved to be so problematic.

Time to pop open the champagne? Not quite. The next morning, the young man has “reconsidered.” He is just off on two weeks holiday and he wants to “think about it.” Yeah, whatever.

Exasperated? You bet. Angry? Not really. Stoical is the word for how I feel about it all now.

This morning as I lay in bed I started thinking about this young man, our abortive first-time buyer, and I put myself in his shoes. As a first-time buyer, he would be having to borrow maybe 95% of the £115k asking price. Whilst he would probably be delighted to know that he qualified and that his credit ratings all stacked up, I can quite understand anyone who might just feel a little reticent about getting into so much debt. Taking on a mortgage for a first-time is a defining point in many people’s lives, not quite up there with becoming a parent or getting married, but not far short either. Now in a booming house market, the attractions of a 95% mortgage are obvious: because of the gearing effect, your equity increases no less than twenty times faster than the house price. You only need house prices to increase by 5% per annum, and your equity doubles in Year One. But in a stagnant house market, there is little, if any, advantage in taking out a large mortgage, as opposed to renting. And, of course, in a falling market, which Norfolk has been for the past 12 months, anyone with a large mortgage is losing twice over. So yes, I can understand this guy’s reticence to become a player in the Norfolk housing market.

No doubt our little drama is being replicated tens of thousands of times across the country. It’s hard not to extrapolate, to read this young man’s behaviour as a proxy for the whole housing market, at least as far as first-time buyers are concerned. The agents will be trying to figure out where the price point is which switches his behaviour from sniffing around to actually closing the deal. But from his point of view, a mortgage is a mortgage and whether it’s £105k or £95k or even £60k, it’s still a huge amount of money and it’s really only an attractive option for him if taking on this mortgage brings wealth along with it, and the only mechanism that delivers that is rising house prices. Viewed from this perspective, it’s easy to grasp just why the housing market tends to overshoot on the way up and on the way down as well. It’s why the economists fabled “soft landings” so very rarely happen. It doesn’t bode well for the next couple of years, does it?

So go and enjoy your holiday, unknown first-time non-buyer. I have a sneaking admiration for you and I suspect you may well have made the right decision.

Meanwhile, anybody want to buy a house in Norfolk?
Posted by Mark Brinkley