Selfbuild can be a slippery concept. It has a definition which seeks to differentiate it from other kinds of build: it's that the project is conceived and executed by people for their own use. But is that in itself exceptional or noteworthy, and does it justify the amount of column inches that get spent lauding selfbuild as if it's the answer to our housing problems? Probably not.

This question is asked in the latest piece of academic research which has been carried out by Michaela Benson, a Senior Lecturer in Sociology at Goldsmiths in London. It's not often that academics turn their attention to selfbuild. In fact you can count the number of serious attempts at analysis on the fingers of one hand so it's always interesting to hear what they make of the selfbuild industry. As with others before her, Michaela Benson struggles with the very individualistic nature of selfbuild which makes conclusion-drawing problematic. But she does have one or two insights that are fascinating. 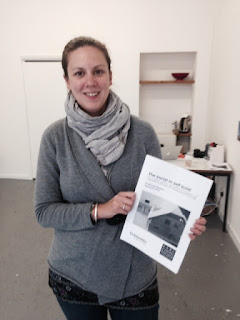 One is that, of the 16 selfbuild stories she puts under the microscope, they all have problems reconciling their budgets with spiralling costs and that they all seem to run into financial stress at some point. She concludes that selfbuild mortgages aren't all they are cracked up to be, as the fronted sums never seem to be enough to meet the bills. And related to all this, there is almost always some sort of falling out with professionals encountered on the journey. Architects can go from hero to zero in the face of unforeseen cost shocks. Contractors fall by the wayside as timetabling slips hopelessly. Specialist suppliers screw up badly, throwing the project timetabling into disarray. New techniques and technologies are embraced by the selfbuilders but often flummox the contractors. People met along the way often promise much but deliver little.

But she also concludes that these problems are not unique to selfbuild. In fact they are pretty much endemic to construction, certainly as widely practiced in the UK. Apart from a small number of community-organised schemes (which receive a disproportionate amount of media interest), selfbuild in England is a very middle class affair, taken on by people with good education, substantial earnings and/or assets and usually with some experience of management. In other words, the privileged few. That they so frequently run into problems probably says more about the chaotic nature of construction that it does about their own inadequacies.

To be fair to the selfbuild media, these conclusions are hardly a surprise. In fact this narrative lies at the heart of most episodes of Grand Designs. Plucky couple take on taxing project at considerable risk to their wealth and health; after facing many hazards along the way, they emerge bruised, battered but triumphant. Benson's research more or less confirms this stereotype.

The one conclusion that she draws from her study that is perhaps unconventional is a call for individual selfbuilders to better manage the social relationship side of their jobs. When the relationships break down, the job suffers and the cash management goes out the window. Which is perhaps an academic way of saying try and keep people sweet.

I am reminded of a couple of selfbuilds I have written about where the selfbuilders puts an enormous amount of effort and quite a bit of cash into keeping subcontractors on board. One arranged to have the fish and chip van arrive on site every Friday so that everyone working there got a slap-up lunch. Amazing how often this resulted in a full crew turning up every Friday. The other tipped his subbies over and above what their gaffer was paying them. He ended up tipping over £1500 in total, but reckons it was money well spent, as standards were excellent and there were very few callbacks. People respond to generosity, and goodwill gestures are often good investments in themselves.

Micahela Benson's report, The Social in Selfbuild, is officially launched on Friday 18th September at the Geffrye Museum and will be made available via her online blog later that day.