Why Sustainable Development may be bad for the environment 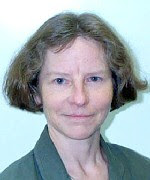 Last night, I attended a rather depressing lecture given by
Prof. Susan Owens at the Engineering Dept of Cambridge University. It formed part of a series of lectures on Sustainable Development given by well known figures in the field. Next week, you can get to see David King, the government’s chief scientific advisor, who closes out this year’s series.

The subject of Owens’ lecture was Why Sustainable Development may be Bad for the Environment. It was a thought-provoking title and it had me curious as to what a geography don would have to say on the matter. She gave an eloquent discourse, without the dreaded PowerPoint, for 50 minutes on the use and abuse of the word sustainability. She was both interesting and persuasive.

Sustainability is not a new idea and many people in the 18th and 19th centuries held it up as an important aim for a civilised society. But, she suggested, that when the environmental movement as we now know it sprang into life, in the late 1960s, it was avowedly anti-development and anti-capitalist. This situation persisted through the 80s and it wasn’t until the Brundtland Commission Report was published, in 1987, that a bridge began to be built between the growth monkeys and the preservationists. Brundtland promised a new brighter future where growth could continue subject to a few common sense constraints. And so was born the concept of sustainable growth. It was about healing wounds as much as anything else.

But Owen’s fundamental point was that sustainable growth was in fact a chimera, an irreconcilable paradox. In the 20 years that have followed, we’ve had lots of growth but very little of it has been sustainable and increasingly the word is being used to window-dress and little more. She was particularly scathing about Labour’s Sustainable Communities Plan, the £22 billion housing scheme which is planned for South East England. The new housing will put stress on the existing infrastructure, transport systems and water supplies and it’s very hard to see ways in which it differs from any other housebuilding schemes we have had in the past. She could have been even more ruthless, has she wanted to, for it looks to me and many other cynics that they are using the word sustainable to duck out of having to provide an adequate level of infrastructure.

Take roads. There has for many years been a very strong anti-road building lobby which argues that it’s pointless building new roads because they just encourage more people to make more journeys by car. Because road building is largely funded from the public purse, the government seems to be more than happy to bend to the will of this lobby and to cut right back on improvements to the road network.

But the same logic is not applied to housebuilding, just possibly because new homes are a generator of new taxes. If you build new homes, they also have a habit of filling up, just like new roads and these new households will then generate more road traffic. But you rarely hear such an environmental argument against new housebuilding because there exists some pretence that, by adding a cocktail of environmental features to housing, you can make new homes sustainable.

With airports, you do hear persuasive environmental arguments against expansion, but the government has so far chosen to ignore them. How can they argue against new roads but for new runways? Could public expenditure v tax revenue be behind this policy as well?

There is a frightening lack of logic in all this. People living around Cambridge are right in the firing line because we have on our doorstep:

So we are faced with a future where something like 460,000 extra souls will be coming from all over the world to live in our region. They will be able to fly back to see their relatives every weekend for next to nothing, provided they take Friday and Monday off to get to and from the airport because the road system has collapsed and there aren’t nearly enough trains to cope.