Should we engineer the climate?

Just been to a fascinating talk given by @hughhunt, an Australian academic based in Cambridge, about geo-engineering. Or climate engineering as he prefers to call it, because everyone thinks that geo-engineering is just groundworks by a fancy name. We are not talking groundworks here, but climate control. Specifically the idea that we may be able to mitigate the effects of climate change by tinkering with the atmosphere. 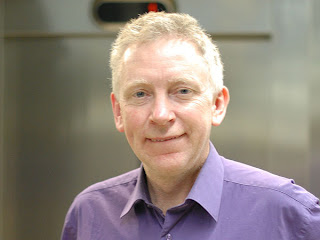 Hugh Hunt's research project involves the feasibility of floating a series of giant, Wembley Stadium, sized balloons 20km up into the stratosphere, each connected to the Earth's surface by a huge hosepipe, through which we would squirt titanium oxide. Why titanium oxide? It's relatively inert and believed to be fairly harmless, it being a key ingredient in white paint and sunscreen.

In fact sunscreen is an apposite metaphor because it would be the equivalent of coating the entire planet with Factor 30. In theory, it would be possible to reduce global surface temperatures by as much as 2°C using this technique. A similar effect is observed when volcanos emit sulphur dioxide as high levels and the sun gets screened out for a while afterwards. We could do it with SO2, but TiO2 is probably preferable.

That's not to say there wouldn't be issues. Hunt identified a few. The release would have to take place around the Equator because the air in the stratosphere spreads out towards the poles from there. There is no telling it would be as effective at the poles as it might be at the Equator. There might be interaction with the oceans, or with the ozone layer. And there might well be many insuperable technical issues to resolve - like how to handle storms, and what happens if the 20km long hosepipe comes loose.

And there is of course the moral hazard of dealing with the symptoms of CO2 build-up, not the root cause. It's nicely dealt with on Wikipedia.

But the really interesting thing about all this is that the preliminary costings suggest that the total cost for a project like this would be in the low billions, much less than building a single nuke, in fact much less than almost any other carbon reducing projects you might care to think of. In fact a similar amount to how much Sheik Mansour is currently investing in Manchester City. Rather than breaking the back of the cash-strapped governments around the world, it's a project which could conceivably be paid for by a few wealthy individuals or even private equity - insurance companies anyone?
Posted by Mark Brinkley