Eric gets in a Pickle

I've written extensively on the uniquely Conservative dilemma between growth and conservation. It keeps rearing its ugly head. And the latest to fall foul of this ugly head syndrome is none other than Eric Pickles, who is the Secretary of State for Communities and Local Government. His humble pie moment is here. 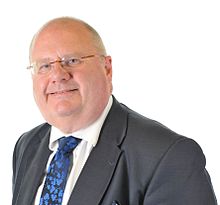 Eric is a gruff, no-nonsense Yorkshireman, immersed in the Thatcherite traditions of hard work, getting ahead and despising slackers. He's set his heart on cutting red tape and last year he came up with a wheeze to make building big extensions easier by tinkering with Permitted Development Rights (PD Rights). Now PD Rights have been around as long as Planning Permission (1948 if you must) and they are used to define the lower limits of the planners remit. If your proposed works are deemed to be insignificant enough, you can just plough ahead with them using your PD Rights and neither the planners nor your neighbours can have any say in the matter.

That's all very well but, as with most schemes which set out to make matters simple and uncontroversial, you immediately run into problems of definition. What exactly are our PD Rights? Do they ever change? Can we lose them? Where can we find out? All good questions. And the answers are none too simple. Over the years, the planners have worked out various routines to determine whether or not your proposed works require planning permission and the best available resource around at the moment for those of us in England is the Planning Portal website. Look at the Do You Need Permission page. I must admit, it's pretty good.

As it stands, you can build an extension up to 3m long on an attached house and 4m on a detached house. That's at it's simplest. In fact there are currently 17 sub conditions you have to meet if you are to not infringe your PD Rights, but in essence you can build a single storey extension this sort of size without planning permission. Unless of course you've already used up your PD Rights - but that's another story: to quote Coldplay no less, nobody said it was easy.

Now our Eric's big wheeze was in essence to redraw this length of extension limit at 8m, but just for a period of three years, his thinking being that this would unleash a wave of extension putting-upping across the country as lots of frustrated mini-Pickles let lose their inner-Thatcher and built over their tiny garden-sized green belts.

Why 8m? I have no idea. Why not 10? Or 16? To quote from the same Coldplay tune: I was just guessing at numbers and figures, pulling the puzzles apart.

Whether this really would burst a dam of pent-up large extension demand is questionable. It wasn't that no one was previously free to build an 8m extension: it was just that it required planning permission. And 90% of domestic planning permissions get consent. Ok, there is the extra cost involved, and the lengthy delay, but an 8m extension is not something to be undertaken in a hurry, so in the great scheme of things, these costs and delays are minor.

Anyway, Eric's 8m extension idea ran into flak from that other kind of Tory, the old-moneyed landlord type, that quite likes the world as it is. It's person, in this instance, was none other than Zac Goldsmith. He went ballistic. He foresaw not a building boom, but an explosion in neighbour-to neighbour disputes as homeowners threw up horrid flat-roofed sheds, blocking the light and spoiling the view. Yuck!

A fine old barney ensues. Nobody said it was easy, but no one ever said it would be this hard.

In the end, Eric has to climb down. Hence the letter.


Only it's not a simple climbdown, it's a compromise. Rather than having to apply for planning permission if you want to build up to 8m, you can simply ask your neighbours if its OK. Here are the six stages:


It's actually ended up being a tiny change on what we already have. Only if the neighbours are all perfectly happy with your proposals can you proceed without intervention. If the neighbours' object — and 8m is a big extension so the chances are they will object — then it goes through something very like planning permission but without any fees attached. So that will immediately make it incredibly popular with the town hall planning departments — doing the job they do already but without any fee.

And what Eric has done now is create a middle tier of confusion somewhere between conventional PD Rights and conventional planning permission. Sort of PD Rights Plus or planning-lite.

In other words, where there was once a little clarity, he now sews the seeds of confusion. This is what passes for cutting red tape these days. One wonders why they bother?

PS The Coldplay song is The Scientist, one of their best.