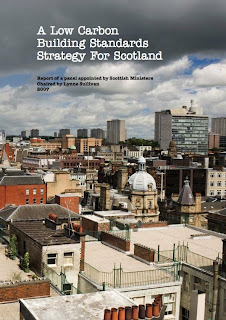 So I award full marks to Lynne Sullivan for putting this report together so quickly and making so many sensible suggestions. And having the courage to point out where Westminster has gone wrong with its vision for low and zero carbon homes. And full marks to the SNP for commissioning it. It’s a shame they don’t run in England: I’d be sorely tempted to vote for them.
Posted by Mark Brinkley