Is Ruth Kelly going to save us? 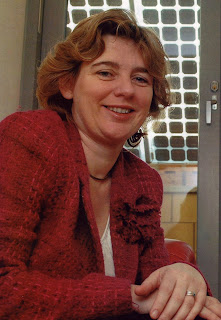 The shoes once worn by John Prescott are now sitting on the feet of Ruth Kelly, the most prominent and most successful of the 1997 Blair Babes who is now the Minister of State for Communities and Local Government. She has taken the ragbag policies of the old ODPM and moulded them into some sort of coherent package for tackling climate change. These are:

It’s not exactly a finished work, as you can see, but it seems to me that these policies are addressing most of the relevant climate change issues as far as housing is concerned, with one big exception (see later). It’s very easy to snipe at politicians but I think Ruth Kelly deserves some credit for doing this. I suspect she has greater powers of concentration than Mr Prescott.

What worries me here is that the whole edifice of the government’s climate change policy is built on a number of assumptions that may turn out to be horribly wrong. To be fair, this is in the nature of all climate change debate, but nevertheless it has to be borne in mind that we are involved in spending a great deal of money insuring ourselves against a highly unpredictable risk, namely what is going to happen to our climate. As our knowledge on this evolves, the perception of the risk is bound to alter, so it may well be that in ten years time the measures we are now talking about look to be either massive overkill or totally inadequate.

The built environment is, as everyone knows, a huge contributor of atmospheric CO2. I think overall it accounts for almost half of our carbon emissions, of which housing contributes the great bulk (between 25% and 30% overall). Whereas we struggle to reduce carbon emissions from transport and industry, it is relatively easy to improve the energy-efficiency performance of housing, new housing in particular. The problem with the government’s strategy, as outlined by Ruth Kelly in last week’s Building magazine, is that it is concentrated on improving standards for new homes. It’s all very well producing millions of supposedly zero carbon homes over the coming years, but if we still have 25 million high carbon homes around in 2050, the overall carbon emissions from housing will have increased substantially. And turning high carbon homes into zero carbon homes is a very expensive and disruptive process.

To be fair, the issue of what to do with the existing housing stock is on the To Do list. It’s just that so far the government has baulked about doing anything about it because it would be an unpopular measure – to force people to carry out energy efficiency measures on their existing homes. Thus far, it’s only the easy decisions that have been made: the unpleasant ones are ahead.

In the meantime, the government is still committed to building more homes at a faster rate than we have done for many years. If they were really serious about halting the rise in carbon emissions from the housing sector, they would call a moratorium on all new housebuilding and spend the next 40 years either upgrading or replacing the existing stock. That is the uncomfortable logic that faces us. Bugger housing shortages, bugger rising house prices, bugger social inequity, bugger zero-carbon developments, just stop building. I just don’t see the world being ready for that yet and I don’t think Ruth Kelly can do anything about it.

In the meantime, as the Building strapline helpfully points out, she plans to meet the environmental challenge by awarding stars to sustainable homes.
Posted by Mark Brinkley