Is Grant Shapps a Perverse Consequence?

Grant Shapps seems to be just everywhere. He tweets like a loon, and tells us all the media interviews he is doing. Today he has done BBC Radio London, Radio 2 (Jeremy Vine), The Daily Politics Show, LBC, Sky, Radio 5 and Radio 4's Today programme. For all I know he'll be on Newsnight later.

That's an awful lot of speaking. This is a guy who likes to talk, who likes the sound of his own voice. He is personable and charming, and good in front of an audience or a microphone. He even looks like one of those morphed images, halfway between Tony Blair and David Cameron. 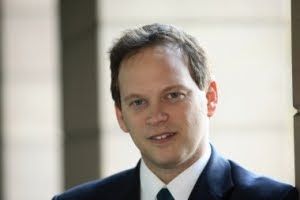 If ever there was someone built to be a 21st century politician, it would be our Grant. Only one small problem here. It's that he really doesn't appear to know what he's talking about. Despite having spent years shadowing various Labour Housing Minister's, and rehearsing his brief, now that he has arrived as the Coalition's chief housing spokesman, he's still completely at sea.

Today's topic of conversation is social housing reform. There's a press release up on the DCLG website which you can take a gander at and get the low down on what our man is on about. It's headlined "A fairer future for social housing."

Everyone agrees there is a problem (or three). But almost no one can decide what to do about it. Shapps is prone to suggesting that his solutions are "radical" — he likes that word — but methinks "tinkering about a bit" would be a little bit more accurate. A "radical" solution would be to do away with the looney distinction between social and private housing, but that's not really on the agenda because it's just a bit too, how shall we put it, ..."radical?" Instead Shapps is suggesting that we do away with lifetime tenure for social tenants and subject them to occasional means testing to see if they can afford to pay private market rates. If ever there was an incentive to stay out of work and have loads of children, this must be it. IDS must be fuming quietly in the background.
Posted by Mark Brinkley