Is David MacKay becoming part of the problem? 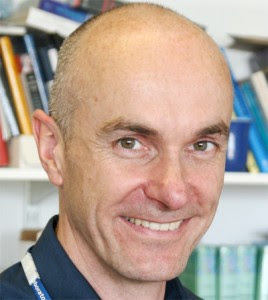 Ever since Without Hot Air first hit the scene in 2008, Professor David MacKay has been the Man of the Moment. If you haven't yet read the book - which is available online as a pdf for free - then you should, because it's a great read. Bright. Cogent. And to the point. And very Cambridge, in the way that Cambridge has become a centre of excellence for the understanding of climate change. You don't find many sceptics in Cambridge - just pointy-heads and loads of nerds clever enough to make out what is going on in our atmosphere. Mackay is a pointy head par excellence but one who has the ability to explain it all to mere mortals who don't happen to inhabit one of Cambridge's rarefied quadrangles.

But recently I have begun to hear dark mutterings about Mackay's new found influence with government, and this has now turned up in the comments column on my blog. Now I've no reason to attack MacKay - why he's even written something nice about me on his blog once (as far back as March 9 2008)- and he seems like a pretty good bloke from all I can see and hear (I've never met him). But it seems people are upset that since he took the Queen's Shilling and became Chief Scientific Advisor of the Department of Energy and Climate Change in September 2009, he has used his new found influence to promote air source heat pumps as the answer to our problems.

And yet there a dozens of knowledgeable people out there who are distinctly queasy about air source heat pumps and think they may just make matters worse, especially if people rip out their old boilers and switch to ASHP ASAP. But you have to do the maths in a little more detail than he has done to work out the difference between theoretical and actual performance. Or just listen to David Strong for a few minutes (something I had the pleasure of doing in Cambridge last night).

Yet ASHP has been installed as one of the primary beneficiaries of the Renewable Heat Incentive. Conspiracy theorists detect the hand of David Mackay in designing this incentive - what else would DECC's Chief Scientific Officer do?

So it would be good to know just what has been going on here. MacKay has come a long way very fast — he only completed his book in September 2008 — and it would be unlikely that it didn't contain one or two errors and omissions. The worry is that he's just been a bit too rushed in all this, and that he simply hasn't had time to get up to speed on the critical issues.

For lovers of irony, you can't help but reflect on the title of his book here. The thing about air-souce heat pumps is that, Without Hot Air, they are next to useless!
Posted by Mark Brinkley